Retractable out of the way snowmobile like attachment for a snowboard

The idea for this prototype was to create an attachment for my snowboard which will be able to power me through flat sections like a snowmobile. The attachment has to be light, out of the way during normal snowboarding, and be able to retract. It also had to be pretty cheap as this was 1-2 day project and I did not have a budget for anything really. I only spent a total of $30 to have some 3d printed parts made quickly. I tested it successfully on grass and carpet. I had to work several bugs out of the system before it was ready for the 4 hour drive to the snow (4 hours because in April there is hardly any snow left). When I finally got the snow all I could find was a small patch of powder. The powder was not dense enough, so the paddles just span without propelling the board forward. Since the snow season is over my plan is to print out a gear box to replace the two gears. Adjust the torque so it drives slower, but has 2-3 times to torque so it can power uphill, and to replace the cast resin paddles with 100% fill 3d printed paddles with thicker spokes. I also want to make the paddles twice as wide for additional grip.

I am marking this as a work in progress.

Once my personal 3d printer arrives, I will print out the new parts, buy 20 bags of crushed ice, and do a test run in my backyard. I will post the results later. 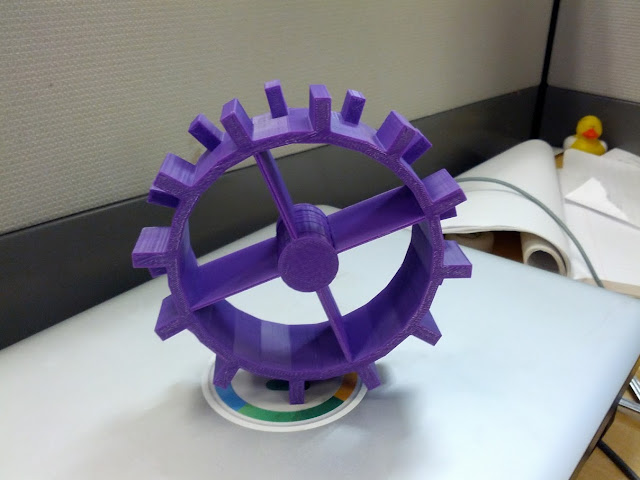 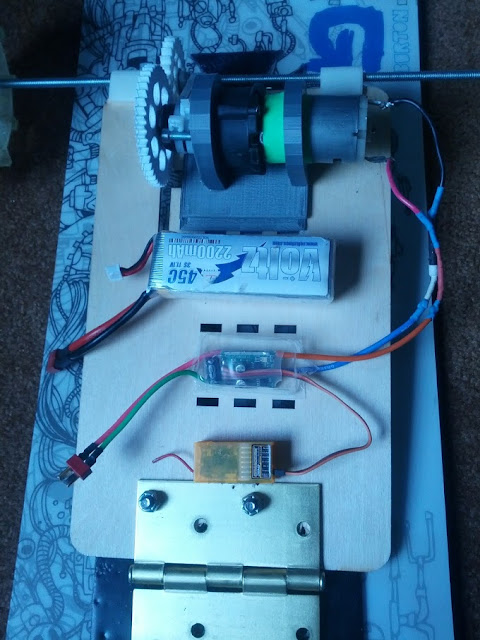 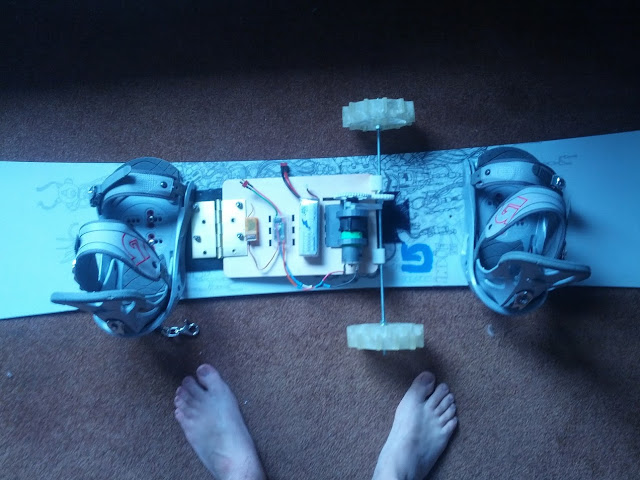 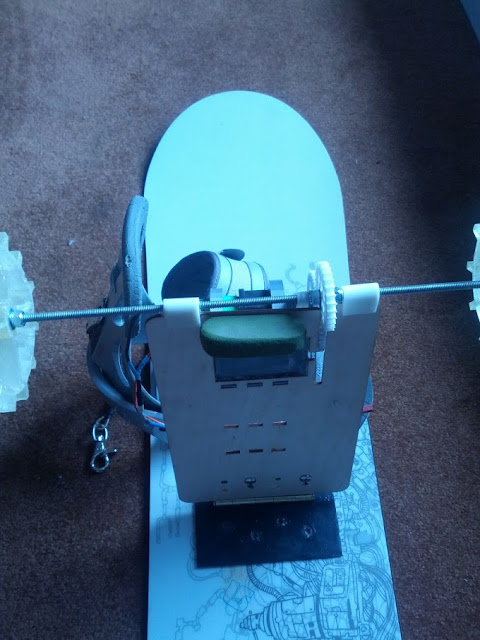 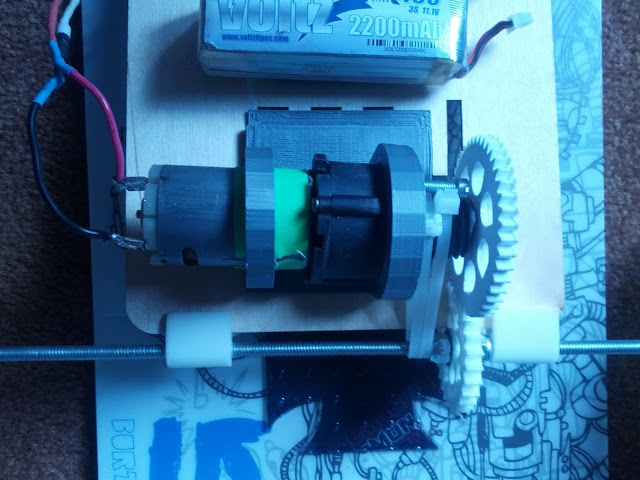 Matt
By day I work at Google building web applications which touch billions of people. By night I dream up crazy creations, and research a broad range of technologies. All of my research goes into a creative projects folder, and when my projects fund swells to adequate levels I build something crazy.